x
This website is using cookies to give you the best online experience. That's Fine
Persian Wonders Mode Off 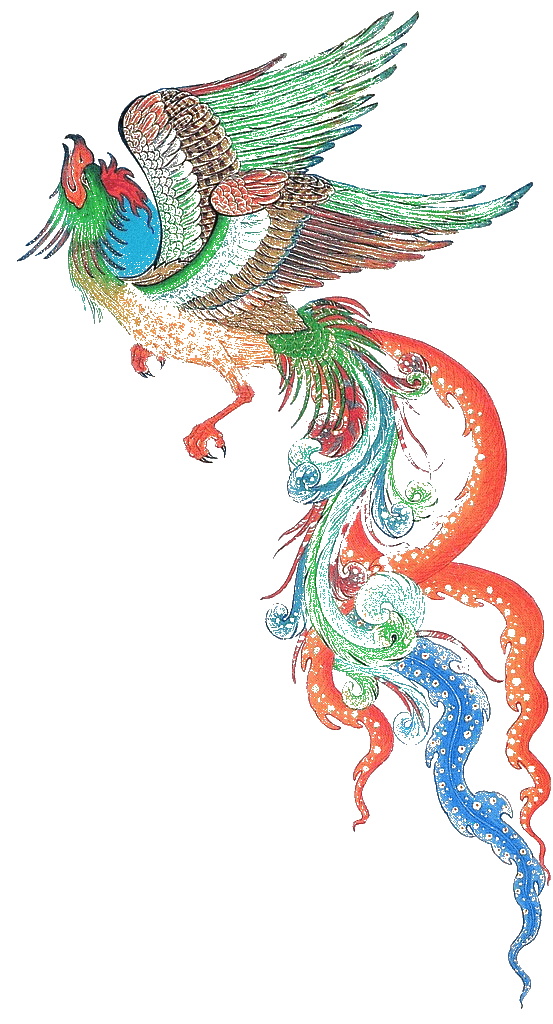 "If you think you know the ancient Persia, think again!"
ANCIENT PERSIA
The decipherment of Linear Elamite writing and its consequence on the history of writing in the World
Dr François Desset↓

Uncovering secrets of the past by breaking the code of an ancient writing system. Here in Cambridge we were honoured to host Dr Francois Desset, who has deciphered Linear Elamite, the world’s oldest “pure” phonetic writing system. Limited selection of fine reproductions of the Proto-Iranian writing tablets and art of South-Eastern Iran objects were open for display. The Event Leaflet 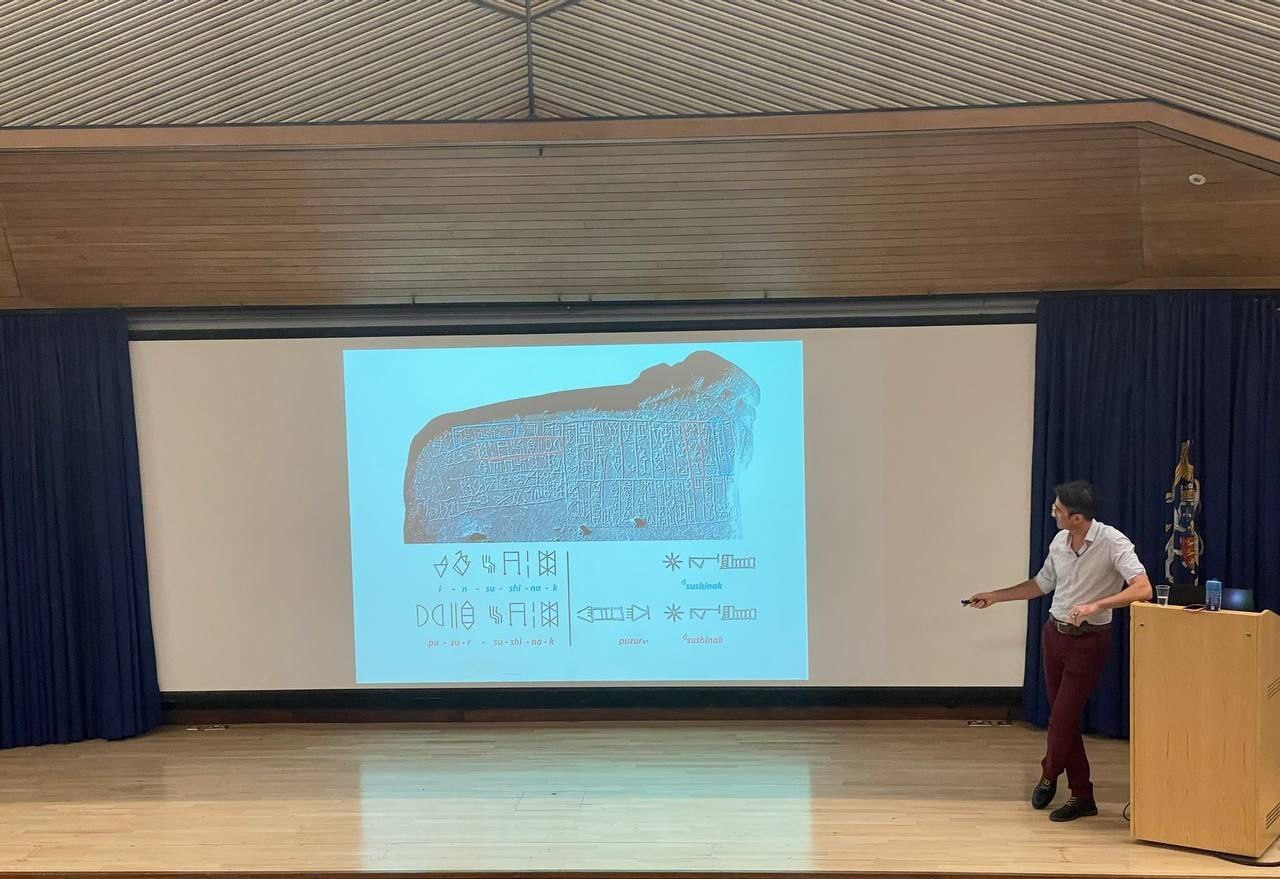 Who is François Desset?

Francois Desset is a European archaeologist specializing in Near Eastern Archaeology and a research fellow in CNRS team Archéorient (France) and Tehran University (Iran). Francois got his Ph. D from the Sorbonne in 2011 and has been living in Iran from 2014 to 2020 where he was teaching Bronze Age archaeology in Tehran University. Francois has been committed for several years to the archaeological project of the Halil Rud valley (Jiroft), and is working on Bronze Age Iran and the undeciphered Iranian writing systems, such as Proto-Elamite, Linear-Elamite (now deciphered !!) or the newly found Geometric writing system. He is also the head of a non-profit association, EX ORIENTE LUX whose aim is to fund archaeological research in the Near East in general, and in Iran in particular. You can access to Francois Desset's papers in here.

BREAKING THE CODE: THE DECIPHERMENT OF LINEAR ELAMITE

Discovered in Susa in 1903, Linear Elamite script is a writing system used in Iran between 2300 and 1880 BC. Mainly undeciphered, François could break the code in 2017 and reached in 2020 along with Kambiz Tabibzadeh, Matthieu Kervran, Gian Pietro Basello and Gianni Marchesi a nearly complete decipherment (96% of the signs attested in the texts are now read) of this purely phonetic writing system used to record Elamite, a language isolate (so not related to Persian or Old Persian) attested in Iran at least since the 3rd millennium BC and up to 1000 AD. The scientific publication of the decipherment has been published in the famous German journal Zeitschrift für Assyriologie in June 2022. This is a monumental achievement, comparable to Champollion’s decipherment of Egyptian hieroglyphic writing in 1822 or Ventris’ decoding of Linear B in 1952.

Matthew Stolper
Assyriologist at the University of Chicago
“The argument is clear, coherent and plausible”

Piotr Steinkeller
Assyriologist at Harvard University
“quite convinced by the decipherment, which he hails as a major achievement”
Source: Smithsonian Magazine

limited selection of fine reproductions of the Proto-Iranian writing tablets and art of South-Eastern Iran displayed. limited edition of the display catalogue handed out. *These reproduction objects are from the Persian Wonders collections. 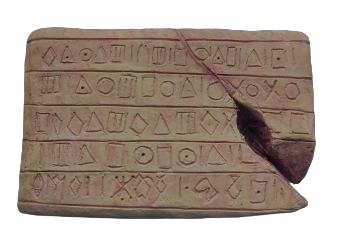 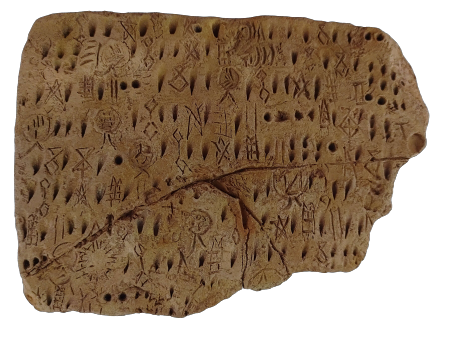 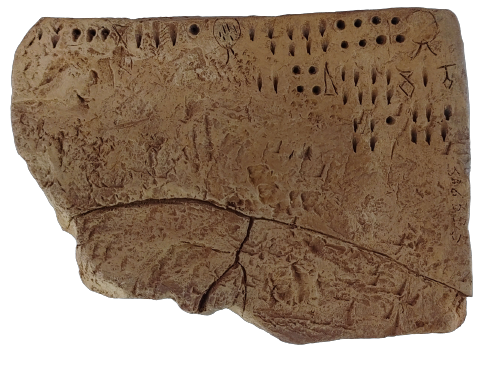 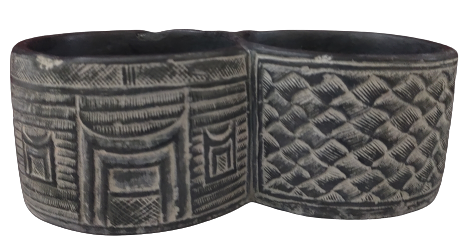 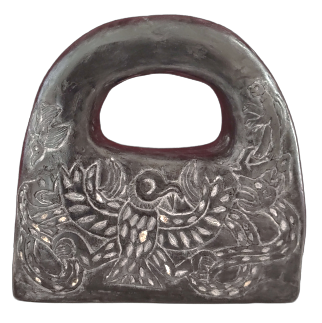 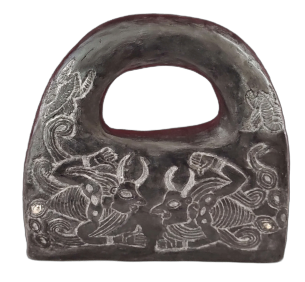 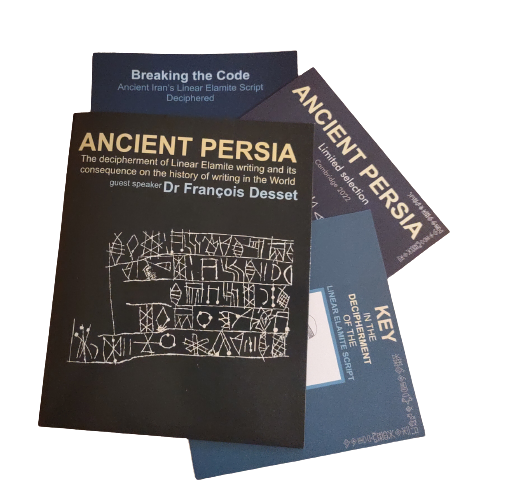 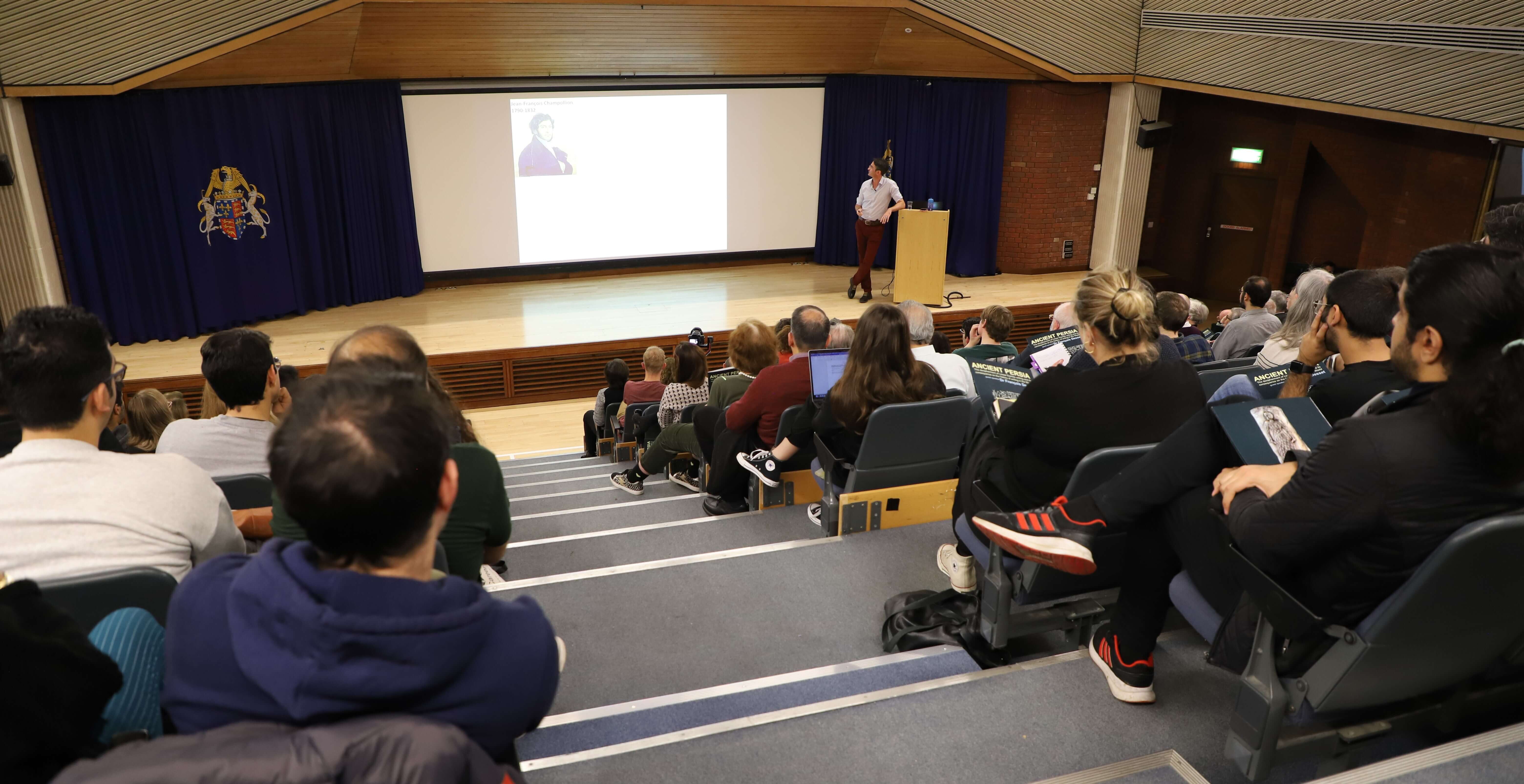 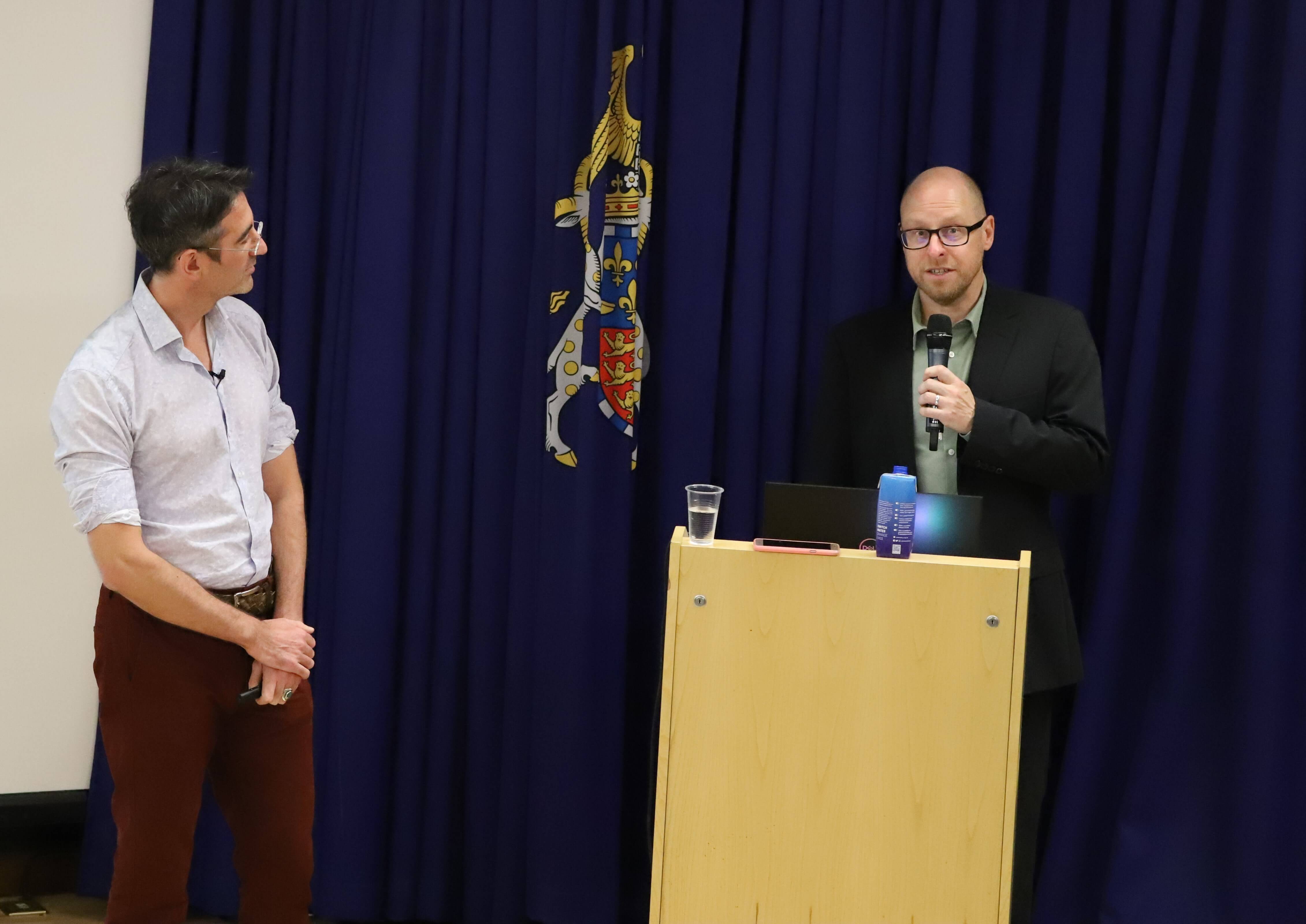 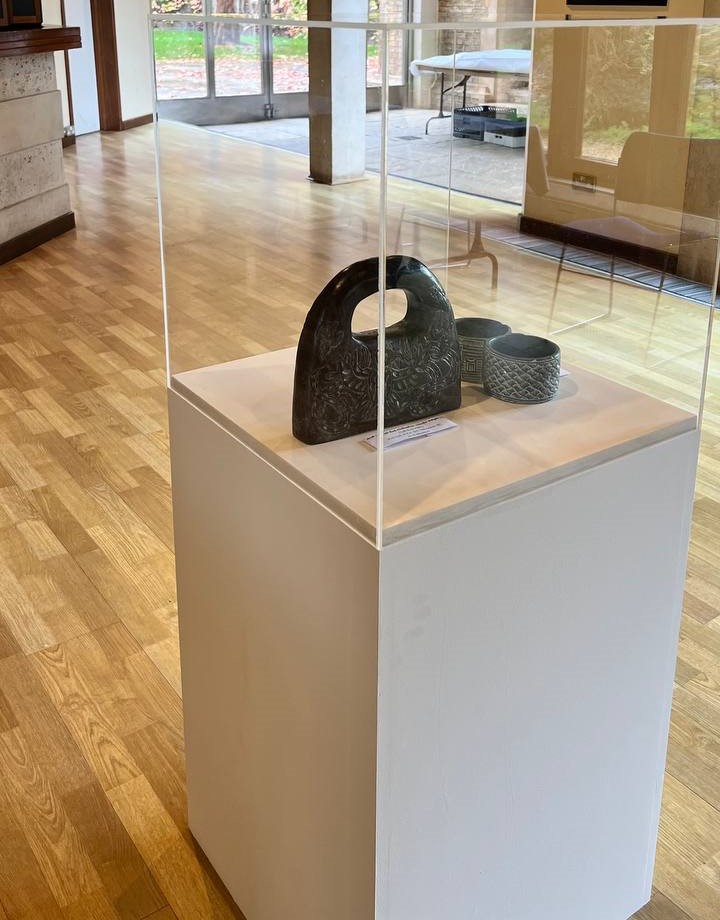 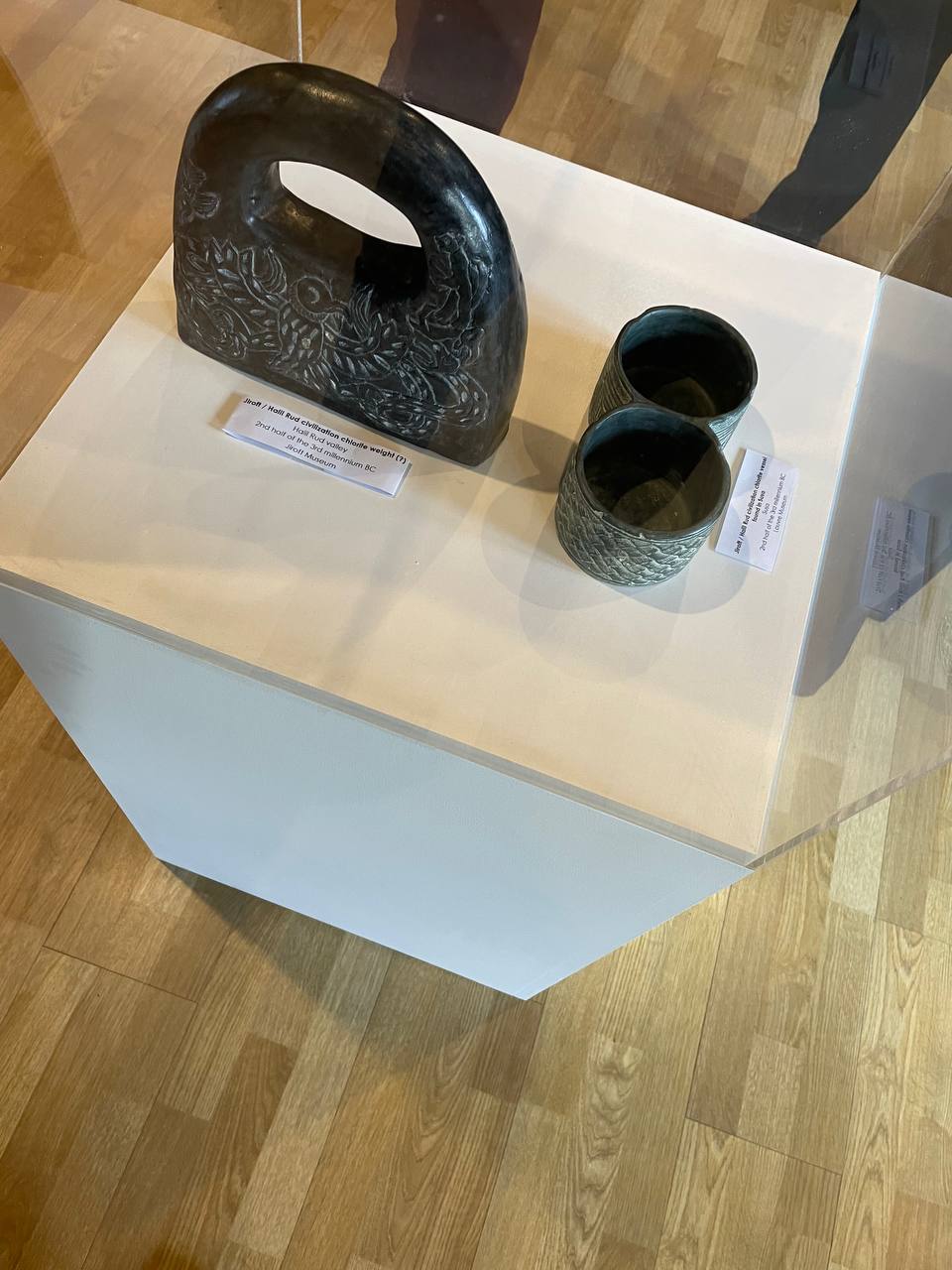 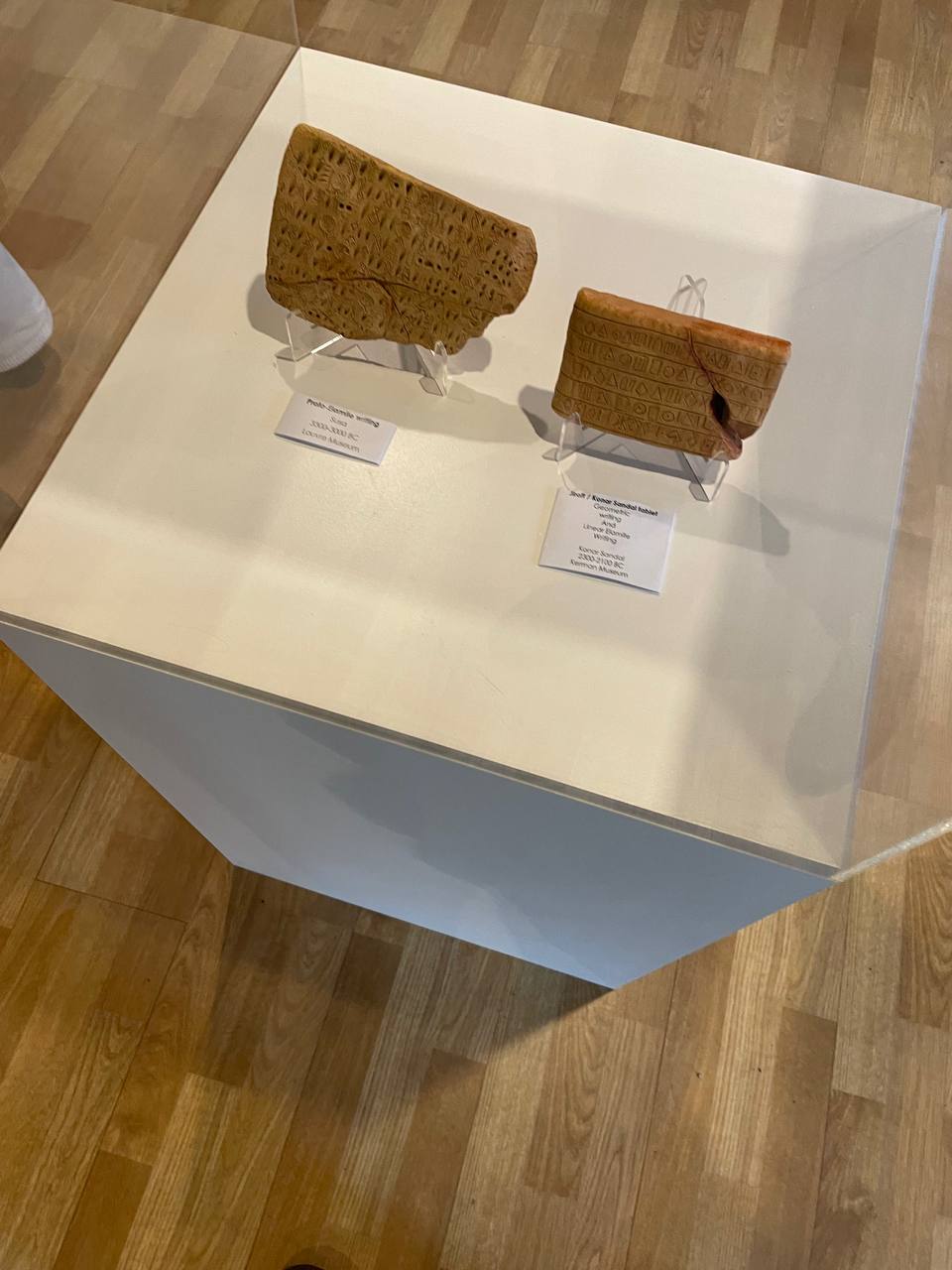 The decipherment of Linear Elamite writing

Q: Also, a few scholars are skeptical about writing systems discovered in Jiroft, and they believe they are fake. Were these tablets Carbone dated? And why do they think that those geometric writing systems are fake?
FD: I really don't understand this position. 3 out of the 4 tablets found in Konar Sandal come from regular excavations in which Y. Madjidzadeh, M. Vidale, H. Pittman and myself were personally involved in 2006. If we start doubting about artifacts coming from regular excavations, then doubts may be cast on all the artifacts ever found. We couldn't make any C14 dating in the layers where these tablets were found, but based on ceramic comparisons, they are probably to be dated in the second half of the 3rd millennium BC. Contrary to what may have been written here and there, they are absolutely not the most ancient traces of writing in the world.

Q: Jacob Dahl along with Irving Finkel, just to name a few, believe writing was first invented in Mesopotamia. Is there any evidence showing that the Proto Elamite is invented at the same time as the Proto cuneiform?
FD: This is a more complicated question. The Iranian Plateau is, in the late 4th millennium BCE, with Mesopotamia and Egypt the birthplace of writing in the World. Based on logical and chronological arguments, I have been proposing since 2012[1] that Proto-Elamite writing should not be considered as a secondary script derived from the Proto-Cuneiform script, not as a daughter but rather as a sister. Iranian Proto-Elamite and Mesopotamian Proto-Cuneiform shared a few common features (numerical value signs, three numerical systems, and some rare logogrammatic object-signs), inherited from a common ancestor, the more ancient numerical tablets, attested from Syria to Iran from ca. 3500 to 3000 BCE but otherwise diverged completely. Although I have been criticized for this thesis by colleagues more focused on Mesopotamia, I think my position had not been scientifically refuted and proven wrong up to now. I would of course be willing to reconsider, should an excavation in Iraq produce Proto-Cuneiform tablets which could be unequivocally dated to circa 3500 BCE or earlier. Mine is the most parsimonious explanation with the data currently available.
[1] Desset 2012, p. 63-81 and 2016, p. 88-96. With the current dating methods and the plateau in the calibration curve in the late 4th millennium BCE, it is very probably impossible to distinguish when and where writing was first developed as its diffusion (or the diffusion of the idea of writing) probably occurred very quickly after its invention, maybe in just one generation (20/25 years).

Q: Now that we understand the meaning of the inscription on the Marvdasht vessel, thanks to the decipherment of the Linear Elamite writing, who are the two women represented on this vessel?
FD: The Marv Dasht vessel has a complicated history. It was probably produced in Central Asia in the late 3rd millennium BC and then arrived in Fars where it received its Linear Elamite inscription in the 21st century BC. Consequently, the decoration is disconnected from the text. This being said, I suppose that this vessel was re-used in an opportunistic way because the Linear Elamite text is mentioning two persons (including at least one feminine character), adequately using a previously fashioned artifact for its own purpose. 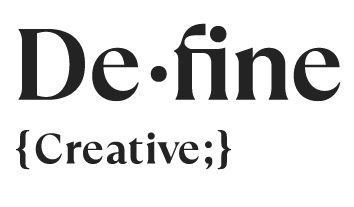 *PW - Persian Wonders (based on our conclusion and study)